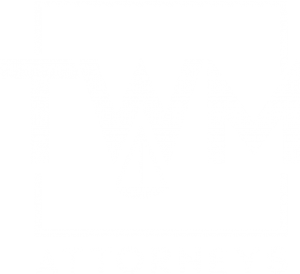 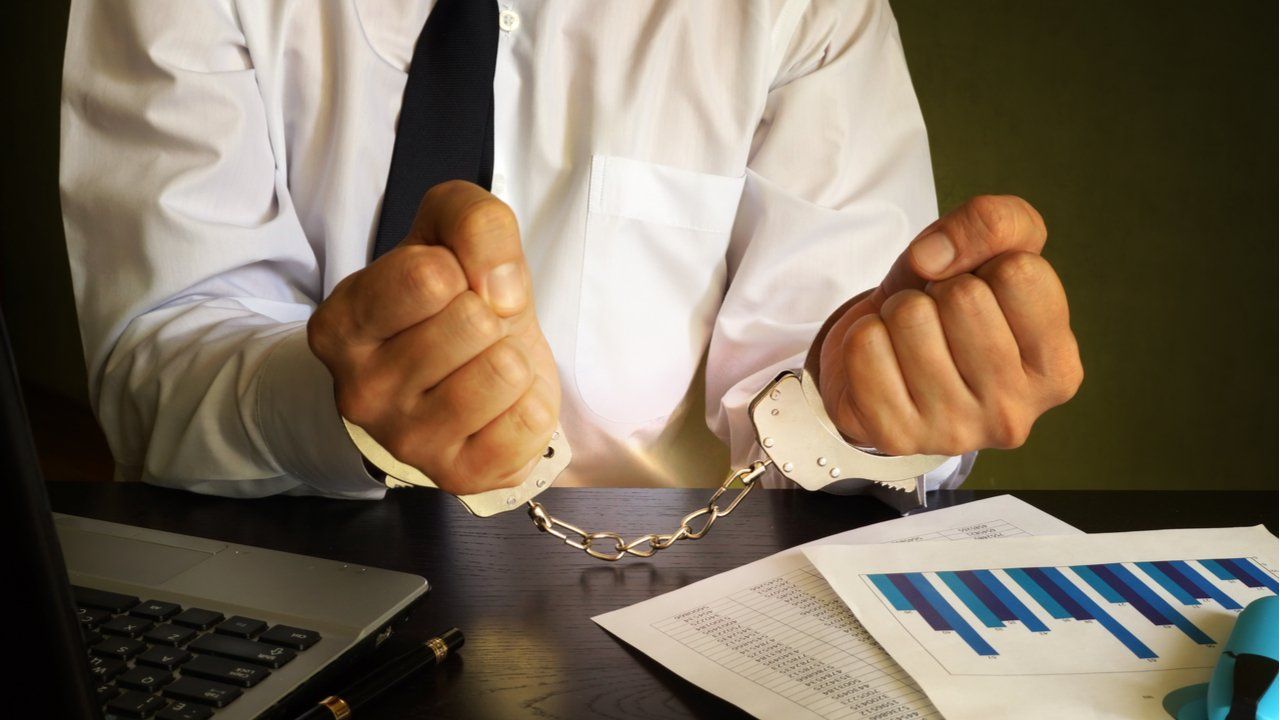 Written by John McConnell on September 20, 2021. Posted in News.

Corporate fraud in Texas is a multifaceted and complex issue. It can involve individual and corporate liability, criminal and civil proceedings, and state and federal prosecutors. In fact, the term “fraud” can apply to an almost countless succession of criminal offenses and civil causes of action. So, how should a businessperson in Texas go about dealing with the fraught issue of fraud?

In the article below, we’ll discuss just a few of the issues that arise when one considers personal and corporate exposure to civil fraud actions. We’ll also explore a unique issue that has developed in Texas thanks to a handful of interesting cases coming out of a few state appellate courts over the last five years. Finally, we’ll consider how that issue might apply to a trial that’s captured the attention of the nation’s media over the past few weeks: the Elizabeth Holmes trial.

Before we go any further, understanding criminal and civil liability for corporate fraud in Texas requires one to distinguish between the individual persons – the directors, officers, managers, and employees – who work with, in, and for the company, and the company itself. In both limited liability companies and corporations in Texas, the company itself is considered a person. It’s a person that can enter into contracts, sue and be sued, and even be charged criminally if it violates federal or state criminal legislation.

So, in some cases, like the Elizabeth Holmes trial in California, prosecutors have elected to charge the individuals who ran the company with criminal offenses. In other cases, it’s been the company itself that has incurred criminal charges, as when BP was charged with seaman’s manslaughter (a rarely prosecuted maritime crime) over the deaths of 11 people in the Deepwater Horizon disaster.

Like other civil causes of action (battery, defamation, etc.) fraud can result in criminal charges as well as civil lawsuits. The natures of the two kinds of proceedings are exceedingly different, however. At the risk of oversimplifying, in civil proceedings one or more plaintiffs sues one or more defendants in the hopes of attaining some sort of remedy, usually damages in the form of money. In criminal proceedings, the state or federal government brings proceedings against a defendant seeking some form of punishment, often including jail time.

The standards of proof are different, as are the elements of the offences and causes of action. As this article is primarily concerned with potential civil liability for fraud, we’ll limit our comments on criminal exposure in the rest of the article. But you should definitely remain aware that fraud can result in both types of proceedings.

The Elements of Civil Fraud in Texas

The elements of civil fraud in Texas are a matter of settled law. They are as follows:

An odd development has occurred in Texas over the last twenty years. Gradually at first, with a single case starting in 2001 (Texas-Ohio Gas, Inc. v. Mecom, 28 S.W.3d 129 (Tex. App.—Texarkana 2000, no pet.)), and then more rapidly starting in 2017 – with three cases decided by the Texas Court of Appeal since 2017 – the jurisprudence has begun to suggest that there exists a broad-based immunity for individuals in some parts of Texas acting on behalf of a corporation exercising a contractual obligation.

Sidenote: The three newer cases are as follows:

In Hong v. Havey, Mandy Hong, an owner of a company named Shadow Creek Bay, Inc., contracted with United Texas Realtors to sell a piece of land. The company, acting through Ms. Hong, contracted with a different realtor who actually sold the property. William Havey, the owner of United Texas Realtors sued Shadow Creek and Mandy Hong to recover its commission, alleging common law fraud, conspiracy, and breach of contract.

While Havey was successful at trial against both defendants, Mandy Hong successfully appealed the finding of individual liability to the Court of Appeals of Texas, Houston. The appellate court found that there was no evidence that Hong’s conduct was done for her own personal benefit and reversed the judgment against her.

In TecLogistics, Inc. v. Dresser-Rand Group, Inc., the plaintiff appealed the refusal of the trial judge to instruct the jury to consider the liability of an individual owner of TecLogistics at the same time as they considered the liability of the company. (There were other issues at play but, for our purposes, this is the most relevant one.)

But the appellate court affirmed the trial judge’s approach, finding that there was no evidence that the owner acted for her own direct personal benefit.

This appeal of a summary judgment by the plaintiff was dismissed and the trial court’s judgment affirmed after a consideration of the BOC’s section 21.223. Again, citing Hong v. Havey, the court ruled that individual liability was expressly prohibited by the application of that section.

Together, these cases involved creditors to the defendant corporations who sued the corporations, as well as one or more individuals acting for the corporation, for fraud. In each of these cases, the appellate courts held that the individual(s) acting for the company were not liable for fraud because of the way in which they read sections 21.223-225 of the Business Organizations Code. Those sections address the doctrine of “veil piercing” in Texas. In other words, they discuss how and when an individual person may be held liable for actions taken by a corporation.

(Note: That section is discussed at greater length in our recent article entitled, “Piercing the Corporate Veil in Texas.”)

If you’ll excuse a bit more oversimplification, the appellate courts deciding these cases significantly limited the circumstances in which an individual actor could be held civilly liable for fraud where they were acting in service of their company’s contractual obligations.

What’s This Got to Do with The Holmes Trial?

Elizabeth Holmes is on trial for numerous counts of wire fraud and conspiracy to commit wire fraud. The gist of the allegations is (here comes some more oversimplification) that she exaggerated – or outright lied – about what her company could do to convince people and organizations to invest in her company.

A layman reading about the limitations of personal civil liability in certain cases discussed above and thinking to themselves that this means a person can no longer be held liable for fraud carried out on behalf of a company in Texas. This couldn’t be further from the truth.

First, and most importantly, as the Holmes trial makes clear, fraud very much remains a criminal offence in both the United States Code and the Texas Penal Code. Just because a person isn’t sued for fraud doesn’t mean they won’t be prosecuted for it.

Secondly, we want to be careful to note that these cases do not spell the end of personal civil liability for fraud involving corporations in Texas. There are still innumerable theoretical and actual circumstances in which a person could be held civilly liable for fraud for something they did on behalf of their – or someone else’s – company. The law applied to the specific circumstances of each case determines its outcome, which is why consultation with a qualified attorney is in order if you or someone you do business with has engaged in something that might reasonably be considered fraud.

Third, we’re not even sure if the interpretation of the Business Organizations Code endorsed by various Texas appellate courts will survive appellate review, or if they will come to be viewed as precedential.

The most we can say based on these cases is that it may be true that, in some circumstances, individuals in some Texas jurisdictions could potentially be shielded from liability from a civil fraud claim by the operation of sections 21.223-225 of the BOC, even where their actions otherwise satisfy all the elements of fraud.

This article got complicated quite quickly, which is unsurprising given that the law of fraud itself is nuanced and complex. But we can offer a few takeaways for the manager, executive, or business owner trying to steer clear of a civil suit for fraud or a fraud prosecution.

First, persons acting for corporations should remain diligent in their avoidance of dishonesty and fraud, especially where it may cause damages to another person or company (or their own company). Just because some individuals may be immune sometimes, doesn’t mean dishonest or fraudulent actions you carry out will be subject to the same protections.

At the same time, businesspeople should be aware that the civil remedy of fraud has been impaired somewhat, in some jurisdictions, by the interpretation of the law expressed in the aforementioned cases. They should keep this in mind when considering their options after becoming a victim of fraud and discuss the issue with qualified counsel.

Finally, as the Elizabeth Holmes trial makes abundantly clear, even if a person is out of reach of the civil justice system and Texas’ prosecutorial apparatus is uninterested in pursing them, the Feds are always just around the corner. 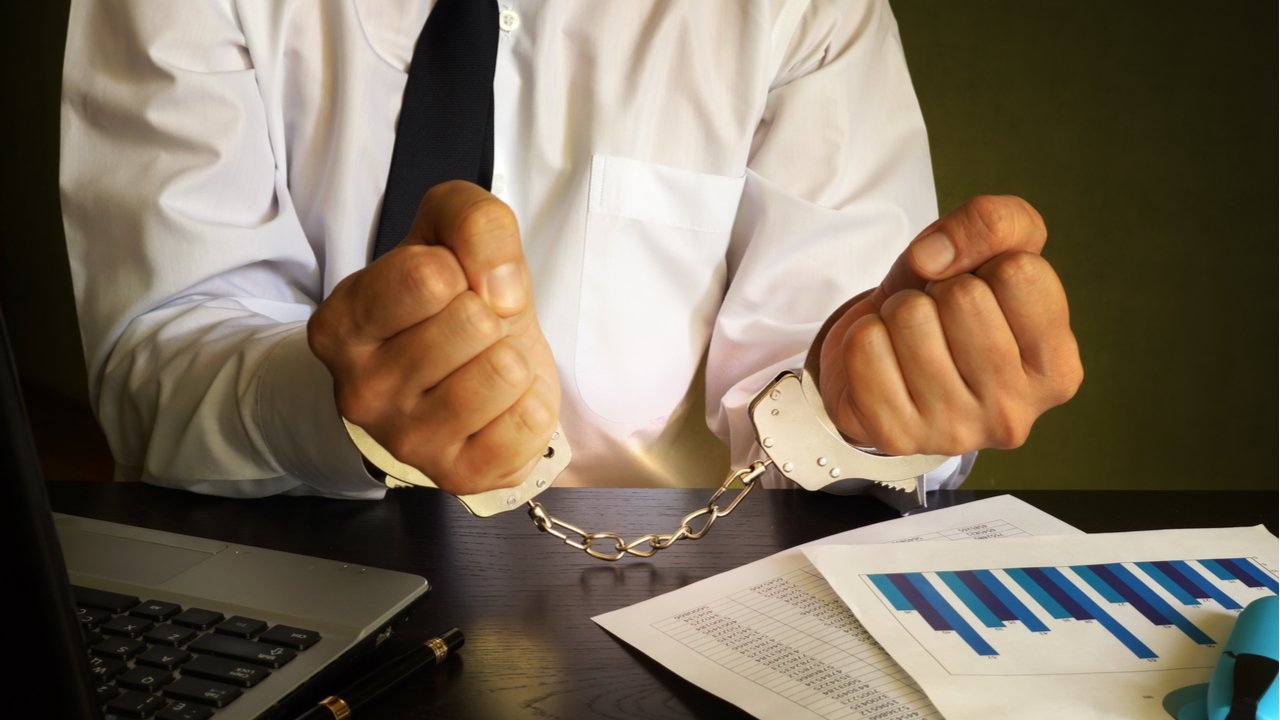 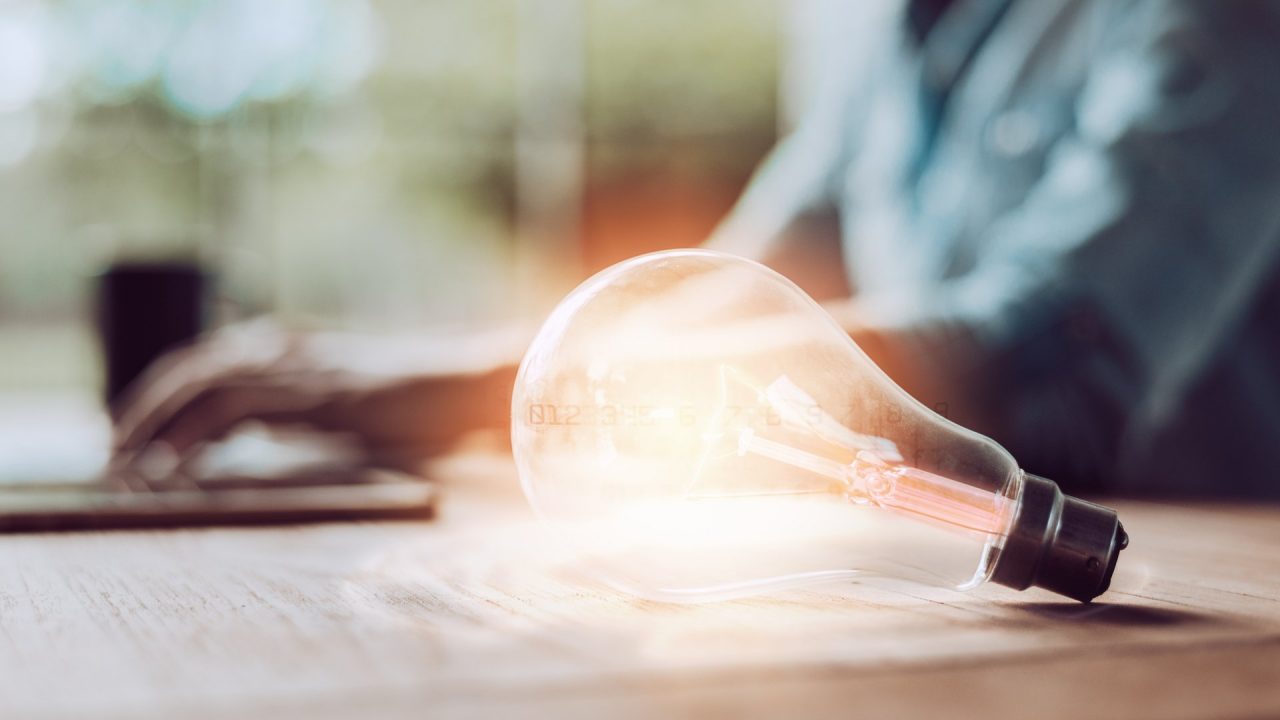 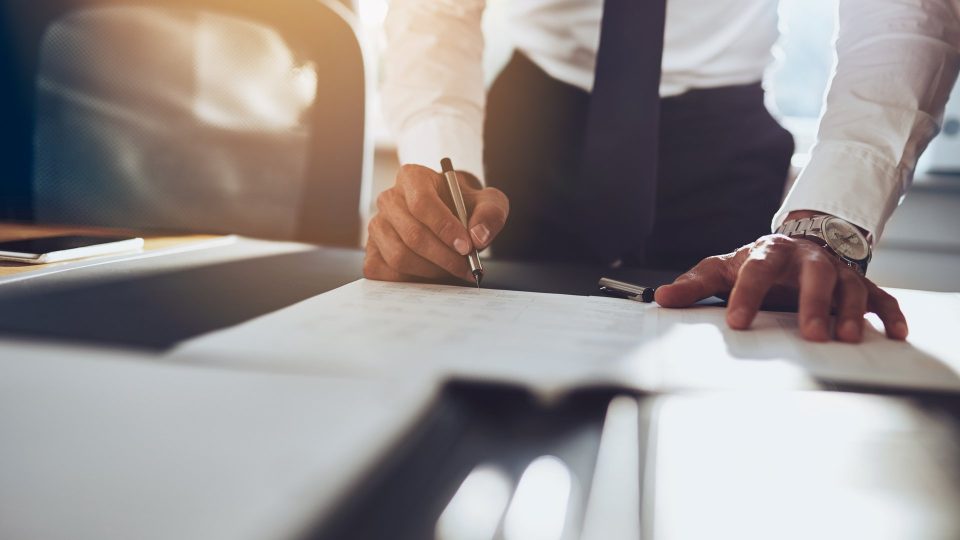 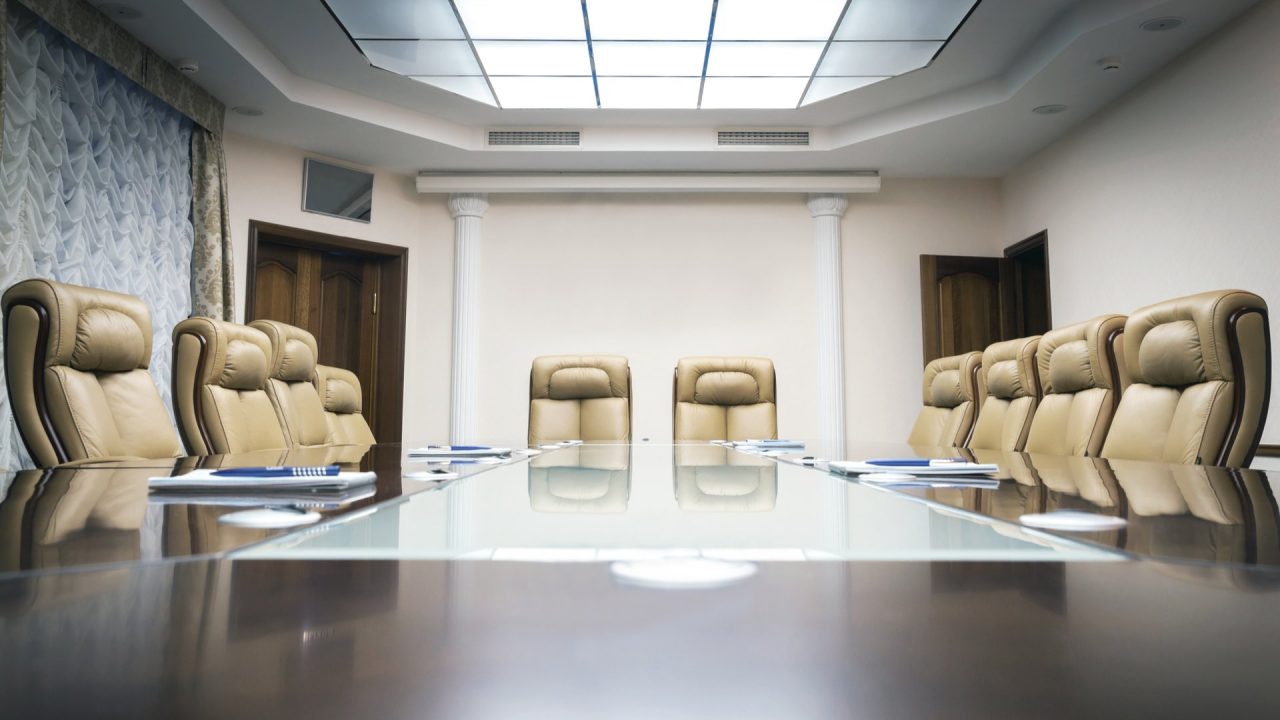 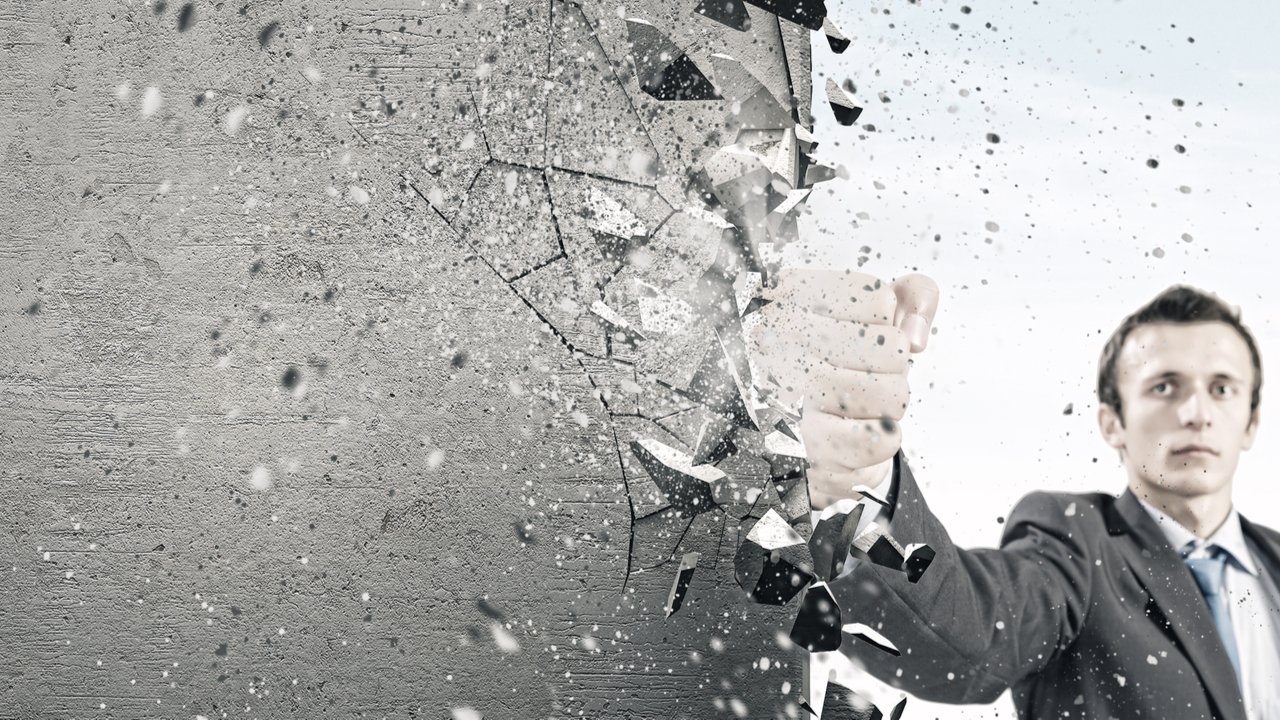 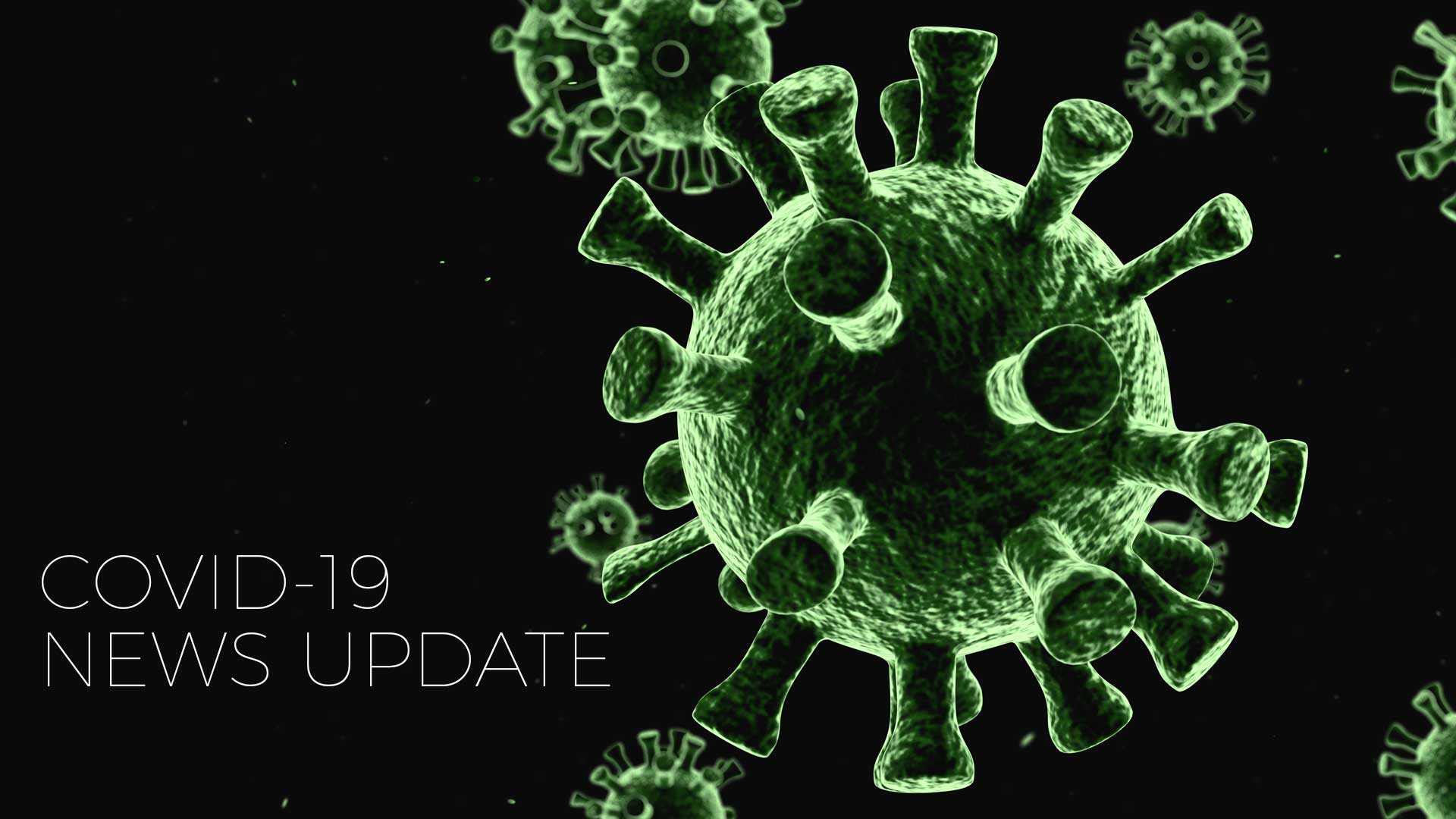